Language definitely has a life of its own, and English is no different. In the Philippines, we pride ourselves in speaking very good English especially compared to our Southeast Asian counterparts. We certainly have our unique set of English expressions, words and idioms only unique to the Philippines!

Oh, the things Filipinos say! What are your favorites?

When a Pinoy says he’s getting ‘high blood’, don’t panic and call for an ambulance. It just really means that he’s getting really angry or agitated. Ironically, this idiom does hold some truth to it: heart-related diseases is the number one cause of death among Filipinos!

In the Philippines, ‘slang’ doesn’t normally mean ‘informal language’. If they say you are speaking ‘slang’ they mean that you’re speaking in a (highly-coveted) American accent.

Of course, this list isn’t complete without the word ‘nosebleed’. If someone suddenly yells ‘nosebleed!’, it doesn’t necessarily mean that someone is going on a nasal hemorrhage It just simply means that they are having difficulty with the mental task on hand–most commonly, in English.

For example, if a Filipino is forced to converse to a foreigner in English for a longer time, he or she might exclaim ‘ah, nosebleed!’ if they have ‘run out of English’. Another is when they have to study for a subject such as astrophysics that’s too difficult to comprehend, they can have ‘nosebleed’.

This is something a lot of Filipinos like to say a lot that I have yet to hear from a native speaker (unless, well, if they’re five years old). If someone asks a serious question, Filipinos are apt to giggle and say ‘secret!’ especially if they want to tease you, flirt with you, or simply because they are experiencing ‘nosebleed’ and couldn’t think of a better answer. “Secret!!!”

When a Filipino says ‘appear!’ he basically means ‘high five!’ I don’t know how appear became the term for the said action, but maybe it originally meant ‘up here!’ as someone raises his hands for a high five.

The ‘CR’ is certainly something only Filipinos exclusively say. The ‘CR’, short for ‘Comfort Room’ is simply the toilet or restroom or washroom.

What’s up with calling it ‘Comfort Room’, anyway? Nothing is comfortable about a typical Filipino toilet, in the first place. Let alone even toilet paper.

Other parts of the house also have different terms that might be unfamiliar to the foreigner. Most of these are features from our colonial Spanish past, but still used today.

The Maids’ quarters (or Servants’ quarters) sounds like a very 19th century thing to say–but is still a part of many homes belonging to middle upper class to upper class Filipino families. The maids’ quarters is a room used for domestic and staff accommodation.

The ‘dirty kitchen’ is an outdoor kitchen separate or outside the main house, mostly for cooking food that create a lot of smoke, oil and charcoal dust.

The ‘sala’ is another Southeast Asian feature in the house. It is a living room, mostly the first hall from the entrance and is used as the reception of guests to the residence.

And yes, we have more English terms that are misused, but generally understood, in the country (unless you’re an unaware foreigner).

When Filipinos say ‘tomboy’, they really mean a lesbian; whereas in others the term tomboy is just a girl who likes boyish things but not necessarily ‘into girls’.

A ‘cowboy’ here is now one who wears cowboy hat and shoes and circles the herd, but essentially a ‘cowboy’ means low maintenance, one who is adaptable and okay to everything. You are a ‘cowboy’ if you enjoy eating street food on the streets or commuting via habal-habal (motorcycle).

If someone calls you a ‘maniac’ (here pronounced ‘man-yak’) it doesn’t mean you’re some madman exhibiting violent behavior. In the Philippines, it means you’re a pervert.

When we say ‘napkin’, we don’t really mean the cloth on the dinner table you use to pat your face when eating your meal. We actually mean ‘menstrual pads’ or ‘sanitary pads’, used by women during that time of the year (shark week).

So here you go, some funny idiosyncrasies of English that Filipinos says! These are some of my favorite English expressions only Filipinos say. Did I miss anything? Share us your favorites! 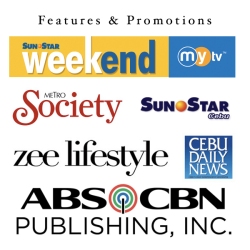